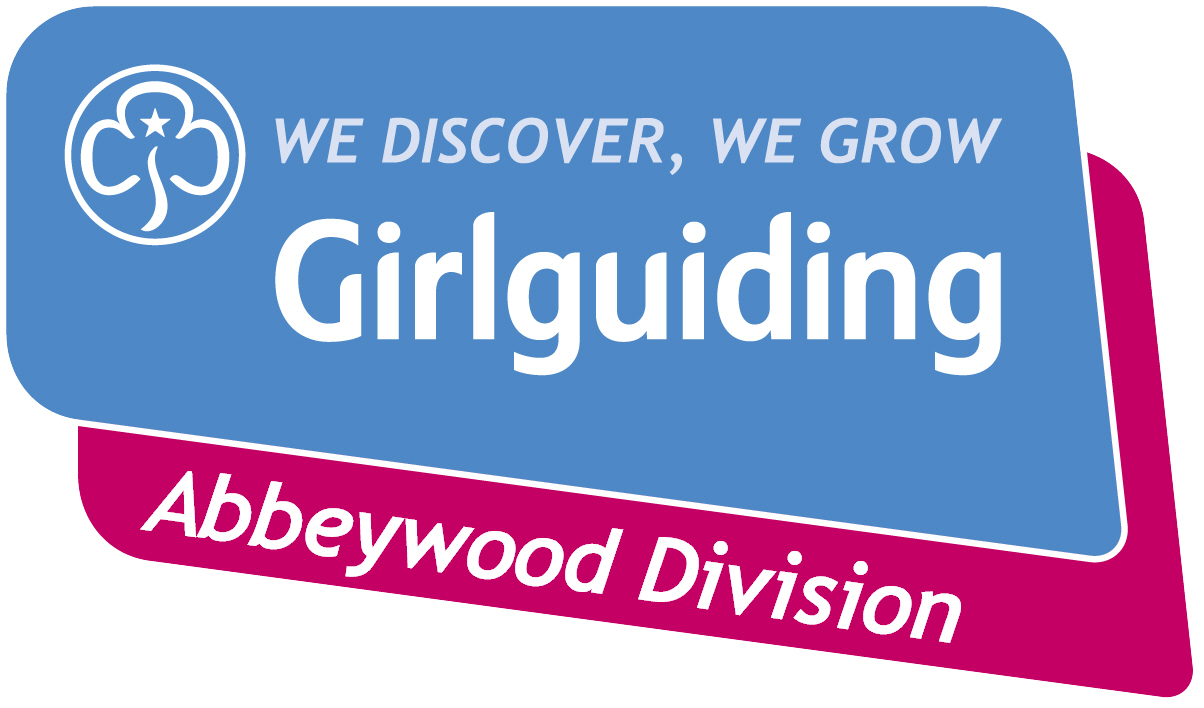 Abbeywood Division includes Meanwood, Headingley, Kirkstall and Armley. We are a fun division with 27 units including Rainbows, Brownies, Guides and Rangers. Our groups are led by a team of enthusiastic leaders who usually enjoy taking their girls on adventures.

Like everyone else, we’ve been unable run sleepovers and camps because of covid – but we’ve still found ways to keep our units running and welcome new young members into our groups.

Some groups met outdoors face-to-face (whilst we were allowed) in local parks and did various activities including learning to use a compass, having a picnic, going seed collecting with a park ranger, making kites, and playing hide and seek in the woods. There was even a ‘camp day’ at the local Scout campsite, where girls lit fires with flint and steel, toasted marshmallows, built dens and played a wide game.

Other units have been meeting on Zoom, with activities including baking, craft, percussion workshops and games nights. One group even made fruit crumbles over video call (which was as interesting as it was fun!), whilst another had an evening of animal encounters – meeting a snake, parrot, tortoise and tenrec!

Some groups have been providing activity packs for their girls, with challenges ranging from finding out about strokes to creating pictures from natural objects.

Volunteers in the division have been busy too, attending virtual first response refreshers and Safe Space trainings to ensure they can continue to provide safe meetings for their members.